I was created in Kansas City, Mo. a long, long time ago! I lived in various places in Kansas up until I was 12, then moved to Philadelphia where a whole new music world smacked me in the face. I was in big city mode now, seeing some great live rock n roll shows for the first time and thus figuring out that’s what I want to be…. another rock n roll knucklehead!

I was born into a musical family so singing and playing seemed to come naturally at an early age. Evidently I would stick my ear by the speaker and listen to my parents’ records for hours. I was 2! My mom said I was lost to the music world from then on. I started piano lessons when I was 5, violin lessons at 10, and by age 6, singing along to Beatle records and any other rock n roll my older brothers were turning me on to. Also was really into R&B and the whole Motown thing at a young age. Mom said to me once that I was a black child in disguise or I got switched at the hospital! The music bug bit me early and hard.

So it was my teenage years in Philadelphia that I started performing and integrating the violin into rock/blues bands with my older brother. Still played in the school and community orchestras but just wasn’t fulfilling my performance needs. The R&R format was deep in my blood by now and no turning back.

Moved back to Kansas City when I was 18 and began making music as a career. Joined the band “Shooting Star”, an arena rock type band and got signed to a major label. We ended up releasing five albums for several major record companies, working with prominent producers and recording at famous studios around the country and Europe. We achieved a fair amount of success! A lot of touring also involved. I was becoming a seasoned pro at a relatively early age. Did a good amount of studio sessions during that time also, producing projects as well as performing. Arranging and singing background vocals was my main calling card for studio sessions. I arranged and sung most of the backing vocals on the R&B singer Oleta Adams’ 1st album. She then went on to join “Tears for Fears” for a few years before going back on her own and having a few hits. She also lived in KC.

After Shooting Star ended I hung around KC for about 4 years and starting working harder on songwriting and creating more of a personal development in music. Learning new instruments, still producing and doing studio sessions. Then started my own band and we all got the itch to get outa town and move to Los Angeles. My time in KC included a fair amount of success and notoriety and some failures as well! Actually I’ve determined now that there are no failures, just all part of the journey and learning process. So the music rollercoaster rolls on…

Now in LA. Banged around town with several bands for a few years. Some more near misses, and in doing some session work was introduced to the Irish world in SoCal. Recorded some violin stuff for Dave King from Ireland. I then joined his Irish rock band and played around town for a few years. Really cool fusion of music. Dave is now lead singer and songwriter of “Flogging Molly”. Great band! It was thru Dave that I met and eventually joined the Young Dubliners. Still playing, touring, writing and recording with them to this day!

I’m also now working with a great band “The Automatics”. A Dave Philp (lead singer/songwriter) project that started in the late 70’s as a quite popular punk band from London. High energy pop

punk music! Doing a few gigs here and there and having fun playing with old bandmates and friends on my off time. And the roller coaster keeps on chugging…. Thanks for reading!….. 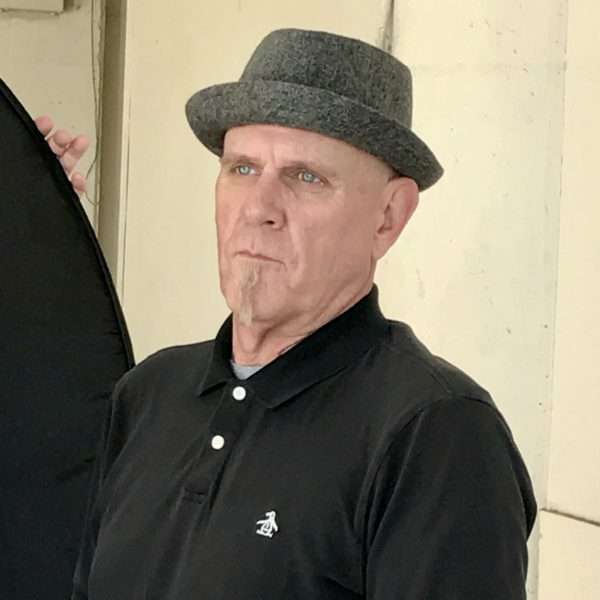