A time long ago, in a land far away (Eugene Oregon) I tumbled from my mother’s cozy womb into this beautifully idiotic world. I’ve yet to fully recover. But as fate would have it, I simply wasn’t meant to be an Oregonian, and within three months, my family and I had piled into our clunky ol’ VW van, and began to make our way across this vast continent to mid-Michigan, where I would spend the first twenty-three years of my life.

Although my first love was drawing –doodling endlessly since the age of three– I eventually discovered the joys of banging on the drums, and after seeing my first concert in seventh grade (KISS), I became hopelessly obsessed with the idea of playing in a band and getting paid to do so. Now, if only I owned a drum set.

During my freshman year in high school, I joined my first band. I still didn’t have a drum set (I had to borrow the bass player’s brother’s kit) and, quite frankly, didn’t really know how to play the drums. But I was determined, and fortunately had a modicum of coordination and sense of rhythm. It was with this band that I played my first school assembly, and that was it; there was no turning back: I was hooked.

So after a year or so of being unquestionably the worst paperboy on earth, I finally got my first drumset, and within a short while, had joined another band, grew my hair long, and started doing copious amounts of illegal substances while imagining myself as some sort of rock star (I had a very active imagination). But after eventually losing interest in all-things-academic, wanting to do nothing but play music, I quietly dropped out of high school, spending the next six years of my life playing around town and partying (much more the latter than the former), eventually hitting the “what now?” stage.

Through a local drum teacher with whom I’d begun studying, I was turned on to the idea of enrolling in a music school in Los Angeles. One thing led to another, and before I knew it, an entirely new chapter of my life had begun.

After graduating from music school, I decided to stick it out in LA, settling down in the San Fernando Valley where I’ve been ever since. I immediately started playing the local LA club scene with various bands, playing everything from Blues (Corey Stevens), Latin Rock (Tribe of Gypsies) to Heavy Metal, eventually recording albums and touring the world with Bruce Dickinson of Iron Maiden. But alas, all gigs must come to an end, and eventually I found myself back in LA, waiting tables, wondering, yet again, “what now?”

One morning I was awoken by a phone call from the manager of some Irish Rock band, telling me their drummer had quit and wondering if I’d be interested in auditioning. At that time, I was playing with various bands around town and wasn’t particularly interested. But I thought “Eh, what the hell” and agreed to have him send me the music. After checking out their songs, and going to see the band live, I decided to learn the music and audition, telling myself that, if this was meant to be, I’d get the gig. Well, I was the ninth guy to audition, and before I knew it, I was the new drummer for the Young Dubliners.

Since then, thousands of gigs have been played, and seventeen years have passed. How is that possible? Where did the time go? I guess the ol’ cliché is true: time flies when you’re having fun! 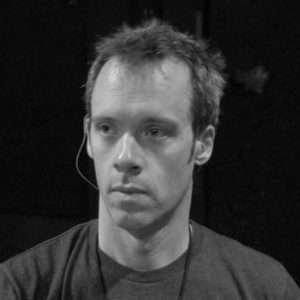